Have you decided to hire a videographer to capture your wedding day on video? If so, it will have to ask the following three things to ensure your final video meets your expectations.

1. What Will Be Filmed Before the Ceremony?

You do not want to be caught off guard to find out that your wedding videographer is not going to be following you around for the entire day. You will want to make clear if they will be traveling to visit the bride and groom before the ceremony takes place. This is not typically included in the cost of a basic wedding video package because it is adding hours to the beginning of the day that your videographer is working. In addition, it may require a second videographer in order to be at both the bride and groom's locations to capture everything. For example, if both locations are in opposite directions and it is not practical for a videographer to travel to both and capture everything you want.

2. Will Video Be Taken Between the Ceremony and Reception?

Another situation you may want to capture on film is the time spent between the ceremony and reception. It is common for a photographer to take the bride and groom to a location to take some photos of the two of them right after getting married, and this can be a great opportunity to capture some moving portraits as well. It will almost look like a behind the scenes video of your photoshoot, which can make for a nice montage in your wedding video.

3. How Late Will the Videographer Stay for the Reception?

Wedding receptions can go on for quite some time, and at some point, there is just more of the same with dancing and having fun. This is why it is common for the videographer to not stay the entire night and wrap up a bit early after all of the major traditions have taken place. However, you may want your videographer to stay until the very end and should verify that it is possible. This is more likely if your culture has a special tradition for the last dance of the night, and you want to make sure that it is captured on film. Make sure it is clear how late you want the videographer to stay so that everyone knows what to expect.

Reach out to your videographer if you have more questions about wedding filming and what will happen on your wedding day for your video.

How To Combine Stargazing and Photography

How To Combine Stargazing and Photography 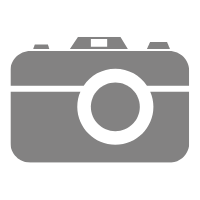 There is something quite beautiful about the stars twinkling in a clear night sky, and learning how to capture this beauty through photography is an art form. Astrophotography is more than just sitting outside at night with your camera. You need to learn about exposure, focus, and how to capture stars without blurred trails beside them. By reading information about astrophotography here, you can hone your skills for taking perfect star shots every time. Do not just sit outside with your camera in the hope of becoming an amazing astrophotographer. Instead, educate yourself on how to set your camera up perfectly to get a clear shot every time.

Is your business growing and you are ready to inst …

Organizing an event is challenging enough, but whe …

More and more couples are discovering the freedom, …

It's common for women to wear lingerie when they p …

If you plan on holding a corporate event, you may …